To share your memory on the wall of James Sampson, sign in using one of the following options:

To send flowers to the family or plant a tree in memory of James Robert "Jay" Sampson, please visit our Heartfelt Sympathies Store.

Your Friends at Monaghan Medical sent flowers to the family of James Robert "Jay" Sampson.
Show you care by sending flowers

Posted Oct 04, 2019 at 02:42pm
A beautiful soul, a sweetheart of a man, a fun friend..all those describe Jay. My sympathies to his family and many friends. He will be missed.
Comment Share
Share via:
YM

Your Friends at Monaghan Medical

Posted Oct 02, 2019 at 01:21pm
Please accept our most heartfelt sympathies for your loss... Our thoughts are with you and your family during this difficult time.

Your Friends at Monaghan Medical purchased flowers and planted a memorial tree for the family of James Sampson. Send Flowers

Posted Oct 01, 2019 at 06:43pm
One of the best humans I've been blessed with in my life. A genuine good person. My deepest condolences to his friends, family and loved ones.
Comment Share
Share via:

Posted Oct 01, 2019 at 06:07pm
One of the funniest guys I ever knew. A great daddy who loved his kids more than anything, and genuinely good man. I will miss him.
Comment Share
Share via: 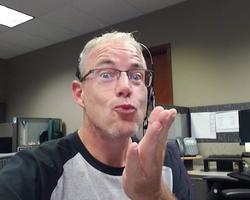