To share your memory on the wall of Franklin Owen, sign in using one of the following options:

There are no events scheduled. You can still show your support by sending flowers directly to the family, or planting a memorial tree in memory of Franklin Steven "Steve" Owen.
Plant a Tree

We encourage you to share your most beloved memories of Franklin here, so that the family and other loved ones can always see it. You can upload cherished photographs, or share your favorite stories, and can even comment on those shared by others.

Posted Jan 22, 2020 at 04:13pm
Cheryl, I just wanted to send my condolences after reading about your brother’s passing. Praying the Lord would bring you and his daughter comfort during this time and the days and months ahead. Carey (Martin) Rodgers
Comment Share
Share via:

Posted Jan 17, 2020 at 11:16pm
I remember when Steve first came to Dearborn. Big city kid coming to the country. Like me, We hit it off, and during HS we were inseparable, Oh gosh, I can tell so many stories of out antics. His parents.Virginia and Frank, were my second parents. If my car wasn't at his house, his was at mine. I have several stories that are memorable. I think the funniest, is when I hooked Steve up with my cousin, and we went on a double date to Riverside double drive in. My date and I went to the snack bar during intermission. When returning, Steve met me. He said he was afraid! Because my cousin started kissing him!!!! 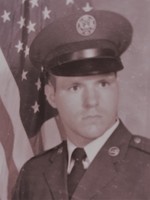