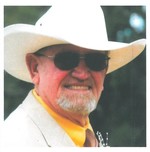 James Alvah Wariner entered into Jesus’ arms on January 28, 2020. James was born in Pampa, TX. to Milburn and Elise Wariner on November 9, 1938. James graduated from Lefors High School in 1958 and Panhandle State University, Goodwell, Okla. in 1966. He attended Panhandle State on a track scholarship.
James married his childhood sweetheart, Barbara Cody on June 12, 1959. James is survived by his wife, son Byron and wife LeAnn of Ocala, Fla., daughter Cynthia and husband Mike Louderback of Platte City, Mo., his great joys were his grandchildren Anthony and wife Paige Louderback of Kansas City, Brittani and husband Matthew Jordan of Chicago, Il., Cody and wife Mandarae Wariner of Phoenix, AZ, and Brandon James Wariner and children Benjamin James and Daisy Grace of Houston TX., Sister Bobbye and husband Joel Combs of Pampa, TX., and many nieces and nephews. James was preceded in death by his parents and three younger brothers Arnold, Johnny and Jerry.
James retired after a career in law enforcement and gas production. James moved from Liberal, Ks. to Platte City, Mo. in 2009.
He loved to recite poems and stories from his vast memory. The day before he entered into heaven all his family surrounded him while he recited many of his poems and told his favorite stories. James enjoyed camping, fishing, working in his woodshop and writing.
Family requests any memorials to be made to
First Baptist Church, Platte City.

All rights reserved. This obituary is also archived at obittree.com