To share your memory on the wall of Ronald Schneider, sign in using one of the following options:

There are no events scheduled. You can still show your support by sending flowers directly to the family, or planting a memorial tree in memory of Ronald Lee Schneider.
Plant a Tree

We encourage you to share your most beloved memories of Ronald here, so that the family and other loved ones can always see it. You can upload cherished photographs, or share your favorite stories, and can even comment on those shared by others.

Posted Apr 04, 2020 at 09:28pm
So sorry for your loss. I have a lot of kind memories of him and Judy from my high school years. Prayers to entire family.
Comment Share
Share via:
BK

Bill and Jo Karen Brown wish to express their sorrow for the loss of Ron. Dan was in the scout program along with his dad in Troop 248 ….meeting at the First Baptist Church in Platte City, Missouri. 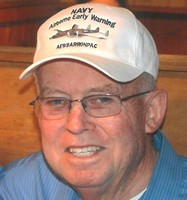