To share your memory on the wall of Robert Myers, Jr., sign in using one of the following options:

Provide comfort for the family by sending flowers or planting a tree in memory of Robert Myers, Jr.

Provide comfort for the family by sending flowers or planting a tree in memory of Robert Myers, Jr.

There are no events scheduled. You can still show your support by sending flowers directly to the family, or planting a memorial tree in memory of Robert Kenneth "Ken" Myers, Jr..
Plant a Tree

We encourage you to share your most beloved memories of Robert here, so that the family and other loved ones can always see it. You can upload cherished photographs, or share your favorite stories, and can even comment on those shared by others.

Posted Apr 20, 2020 at 11:19am
Our deepest condolences to the Myers family. We wish you all strength of mind and peace of heart. VA OIG – Office of Investigations, Kansas City
Comment Share
Share via:
L

Posted Apr 18, 2020 at 02:54pm
Hello, I would like to sincerely express my condolences to Ken's family and friends. Although I did not work with him long, I appreciated his kind words and welcoming smile. Respectfully, Elaina.
Comment Share
Share via:
BO

Posted Apr 17, 2020 at 10:58pm
Ken was so positive, so brave in his battle. We were blessed by our relationship with he and Jenevereth. Our hearts are with his family. With love, Beth and Jerry Oberndorfer
Comment Share
Share via: 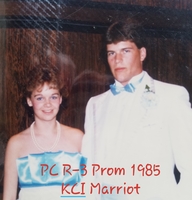 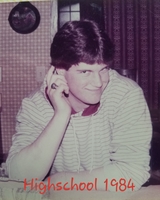