To share your memory on the wall of James Palmer, sign in using one of the following options:

To send flowers to the family or plant a tree in memory of James Roscoe Palmer, please visit our Heartfelt Sympathies Store.

Posted Aug 04, 2020 at 03:22pm
With heartfelt condolences, from Evergy Procurement

Truly Beloved Bouquet was purchased for the family of James Palmer. Send Flowers

Posted Aug 04, 2020 at 09:44am
Our thoughts and prayers go out to all the family, we too thought a lot of Jim. He will be missed. God Bless!
Lewis Moore (brother-in-law to Aliene Harris) and Connie Marx (niece of Aliene Harris).
Comment Share
Share via:
LG

Posted Aug 03, 2020 at 05:19pm
Our mother, Laveta Morgan, loved him dearly as our whole family does. He was the most caring & loving man who took such great care of Mom her last 5 years of her life. He and Mom sure loved to dance and I remember it started when Helen and Jim would take Mom dancing with them while they were married. Such great family memories for so many years. He will always have such a special place in our hearts. Thank you and your family for sharing him with our family. He was a great man with a beautiful soul and will be missed by so many. Our sincere condolences to your family.
Comment Share
Share via:
BV

Extending our deepest sympathy to Jim’s family. We were neighbors of Jim’s on Hillcrest Drive for 28 years. Always a smile and friendly hello! RIP Jim! 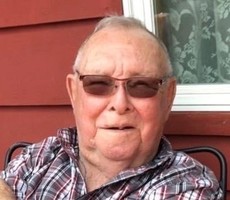