To share your memory on the wall of Jon Rydholm, sign in using one of the following options:

Jon and Kathleen were married for 44 years. After converting to the Catholic faith, Jon developed a strong devotion to the Blessed Virgin Mary. He was a member of the Holy Name Society and served in the US Army during the Vietnam Conflict.

Despite learning of his terminal diagnosis, Jon was able to survive long enough to see the birth of his three grandchildren and his eldest grandson’s First Holy Communion. Jon also survived colon cancer in 2007.

To send flowers to the family or plant a tree in memory of Jon Manley Athanasius Rydholm, please visit our Heartfelt Sympathies Store.

We encourage you to share your most beloved memories of Jon here, so that the family and other loved ones can always see it. You can upload cherished photographs, or share your favorite stories, and can even comment on those shared by others.

Vince and Rhea Ramirez, Charles, Arnette & Olivia Rydholm, and other have sent flowers to the family of Jon Manley Athanasius Rydholm.
Show you care by sending flowers

Posted Apr 26, 2021 at 10:07pm
Remembering my Uncle Jon fondly. He was always kind, funny and interesting to talk to. Sending hugs, love and prayers to Aunt Kathy, John Michael and family.
Comment Share
Share via:
KG

Posted Apr 26, 2021 at 06:27pm
I will always remember Uncle Jon as a man with a great sense of humor. Jon always had a great story to tell and the ability to make people laugh and feel at ease. In addition, he was always kind and compassionate in spite of his young nieces being silly and annoying when he was a young man. I will never forget listening to his great music collection.
Uncle Jon will be missed here on Earth, but I am happy to think that God has gained an angel in heaven with a kind word and a quick wit.
Karen Garfield-Walters
Jim Walters
Comment Share
Share via:
VR

Vince and Rhea Ramirez purchased flowers and planted a memorial tree for the family of Jon Rydholm. Send Flowers

Charlie and Vicky purchased flowers for the family of Jon Rydholm. Send Flowers 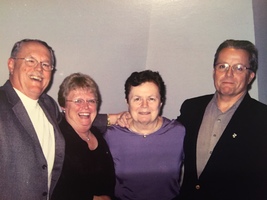 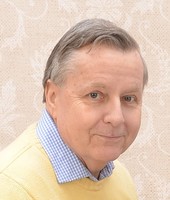