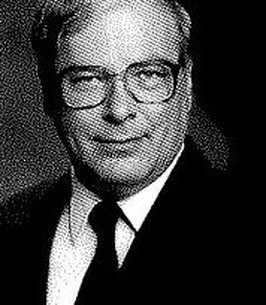 Share this tribute
Memorial Candles Lit for Edward | SEE ALL
Light a Candle
"We are honored to provide this Book of Memories to the family."
— Rollins Funeral Home
Funeral Details Memory Wall Photos & Videos Send Flowers

Print
Edward Poncavage, 74, of Platte City, MO, passed away Thursday, October 25, 2018 at the St. Luke’s Hospice House in K.C., MO. Edward was born January 24, 1944 in Scranton, PN to John Michael and Ann Marie (Hubbuad) Poncavage. He attended the Girard College in Philadelphia, PA where he was on the rifle drill team. After high school, he attended the University of North Carolina for 1 year before being drafted into the U.S. Army. Edward qualified for O.C.S. training, and became an officer, serving in Germany, Colorado Springs, CO, Korea, and in Susanville, CA at the Sierra Army Depot during the Vietnam Conflict. After being honorably discharged as a Captain, he completed his Bachelor’s Degree in Commercial Real Estate and Accounting at the University of Nebraska-Omaha and began working as a commercial real estate manager for Hubbell Realty of Des Moines, Iowa, where he worked for 15 years. He then worked as a property manager for Independence Commons, and Town Center Shopping Centers while with Developers Diversified. He received an award for his dedicated service as a classroom instructor and exam proctor for the SMA Educational Program of 1992, and membership to BOMA. Edward married Judy Kay Long on January 24, 1971 in Denver, CO. He was of the Russian Orthodox faith, and was an avid hunter and fisherman, who enjoyed his annual hunting trips to the Sturgis, SD area on his friend’s ranch. He also loved spending time with his family, especially his grandkids, who affectionately referred to him as “Papa”. Edward was preceded in death by his parents; a brother James Michael and an infant son John Edward Poncavage. He is survived by: his wife Judy; his son Leonard Patrick Poncavage of Parkville, MO; his grandson James Michael; his granddaughter Sophia Nicole Poncavage; and his older brother John James Poncavage of Scranton, PA. Following cremation, a Memorial Service will be held 10:30 a.m., Friday, November 2, 2018 at Rollins Funeral Home in Platte City, MO. Inurnment will take place at a later date at Fort Leavenworth National Cemetery. Memorial contributions can be given to “Shop with a Cop”, Platte City Police Dept. or Army Emergency Relief.

To send flowers to the family of Edward Poncavage, please visit our Heartfelt Sympathies Store.

We encourage you to share any memorable photos or stories about Edward. All tributes placed on and purchased through this memorial website will remain on in perpetuity for future generations.

LL
Judy- I unfortunately never had the opportunity to meet Edward, but I know that he was a great man that surely complimented the beautiful person that you are. Love and Light from far away!
LTC Phillip Lenz - Wednesday October 31, 2018 via Condolence Message

Prayers for you and your family
Clinical FAP Staff and Behavior Health Staff - Tuesday October 30, 2018 via Heartfelt Sympathies

EH
I am so sorry for your loss. Prayers for you and your family.
Eva Husted - Tuesday October 30, 2018 via Condolence Message

JB
Judy and Leonard, you are in our thoughts and prayers at this most difficult time. With deepest sympathy. Love Jennifer and Johnnie.
Jennifer Burford - Sunday October 28, 2018 via Condolence Message
1
Page 1 of 1
Share
×

Thank you for sharing!

Provide comfort for the family by sending flowers.

Or use your email:

Connect with families at their time of loss. By subscribing to email updates, you will receive two daily updates containing all new stories, photos, candle lightings, condolences, and more.