To share your memory on the wall of Larry Whitt, sign in using one of the following options:

To send flowers to the family or plant a tree in memory of Larry Olin Whitt, please visit our Heartfelt Sympathies Store.

We encourage you to share your most beloved memories of Larry here, so that the family and other loved ones can always see it. You can upload cherished photographs, or share your favorite stories, and can even comment on those shared by others.

Posted Dec 23, 2020 at 05:30pm
Sharon, Shelly, & Steven. We are deeply saddened to learn of your loss of Larry. He will be forever remembered for his commitment and selfless service to our community. Especially the joy he brought our family each Independence Day via the Weston Jaycees fireworks. Glad Larry passed the torch on to Steven. We pray God's peace that passes all understanding to you all. May you take hope and joy in the knowledge of His gift of life everlasting. God bless. Kurt, Kristi, Kayla, & Kole Kisker
Comment Share
Share via:
G

Posted Dec 22, 2020 at 09:38pm
Sharon and family, I am very sorry for your loss. I am so glad that I was able to spend a morning with Larry a few weeks ago. We talked about so many things that were great memories. From our time with the Jaycees and the thousands of steaks that Larry fixed for me at Game Hill. It was a great morning that I will remember. Larry was a great friend and I will miss him.
Comment Share
Share via:

Posted Dec 22, 2020 at 10:44am
Please accept my deepest condolences. I always found Larry a good man, an honorable man, and one I enjoyed being around.
Jack DeSelms
Comment Share
Share via:
HS 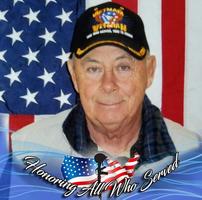